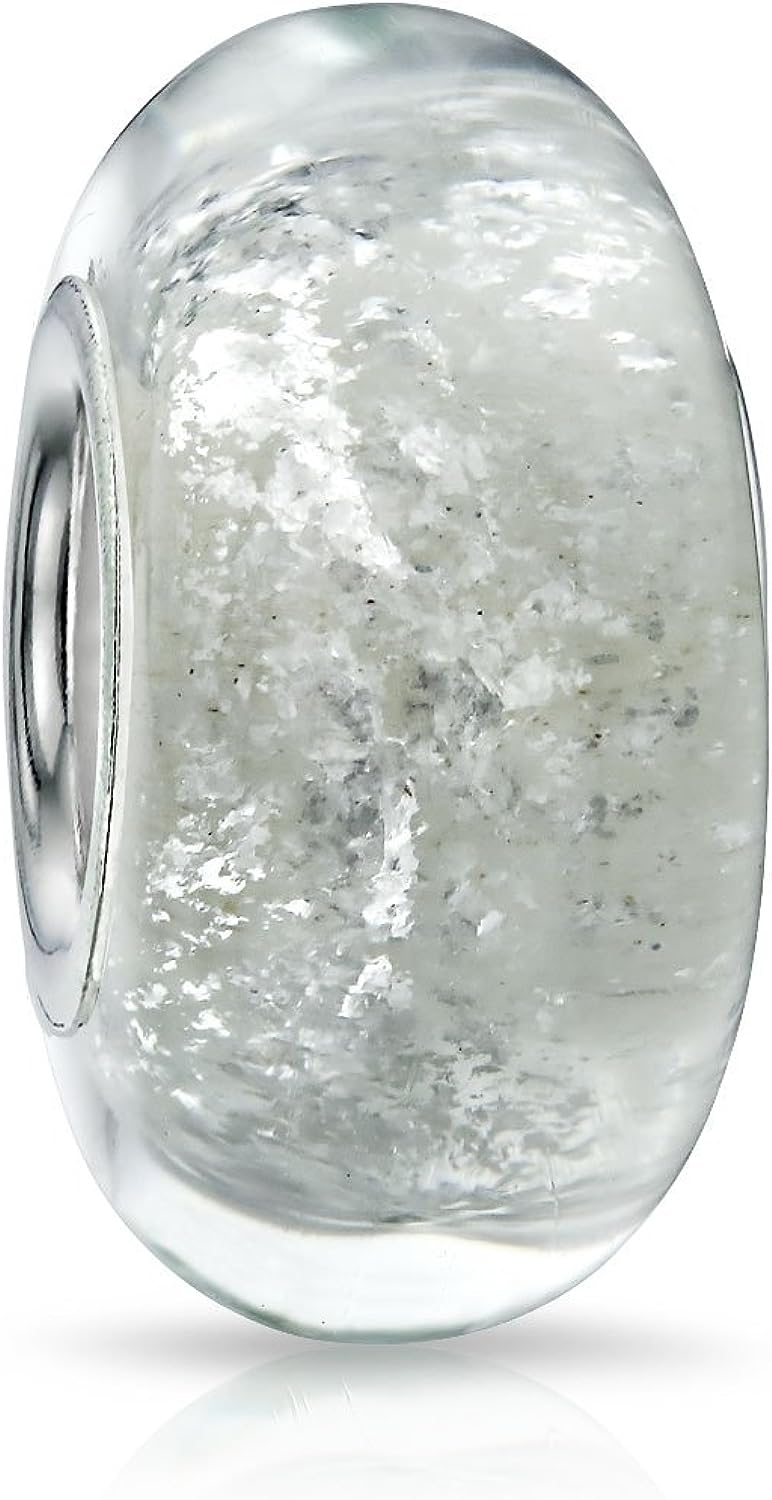 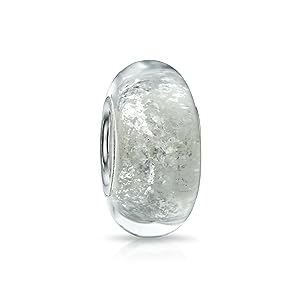 Our rainbow glitter bead has the perfect hint of sparkle. This glitter bead is a white Murano glass bead and a rainbow foil bead in one. With a 925 sterling silver core, these charms for charm bracelets will look great with other sterling silver bead charms on your bead bracelet. This bead has a pink iridescent glow. 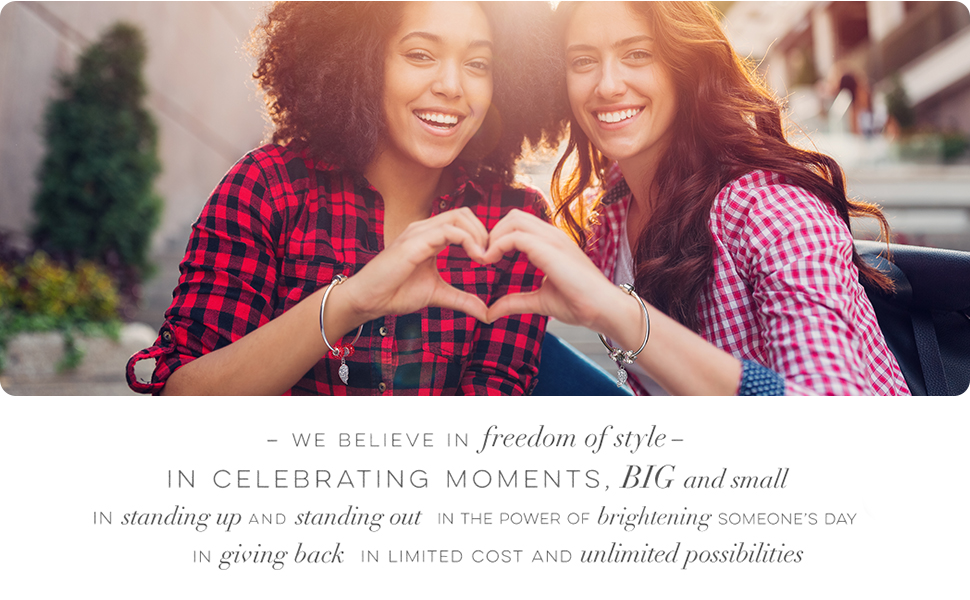